The two world wars created a pressing need for cash. The demand for coins was especially acute, relative to the number that could be minted.

In 1917, the following appeared in Proposition No. 70 to the Odelsting: "In a letter of 8 September 1917, the Board of Norges Bank has notified the Ministry that the shortage of coins has now become absolutely intolerable. One business after another complains of their inability to pay their workers promised wages, nor are merchants able to give change for customers' banknotes".

This resulted in legislation permitting the issuance of 2-krone and 1-krone notes. 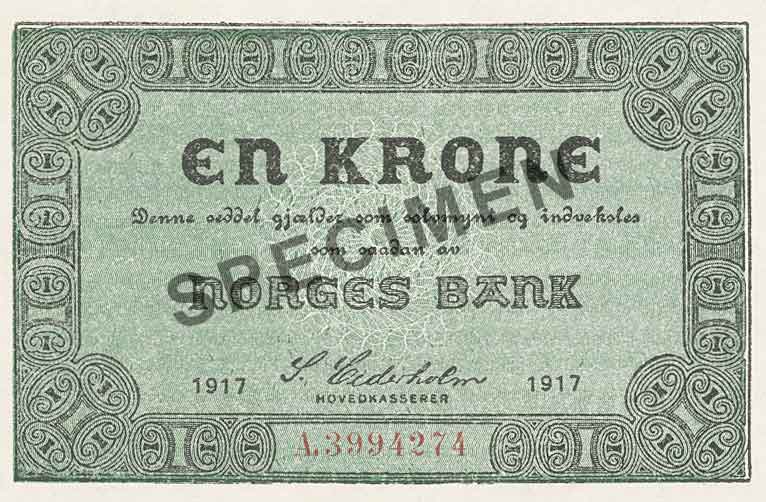 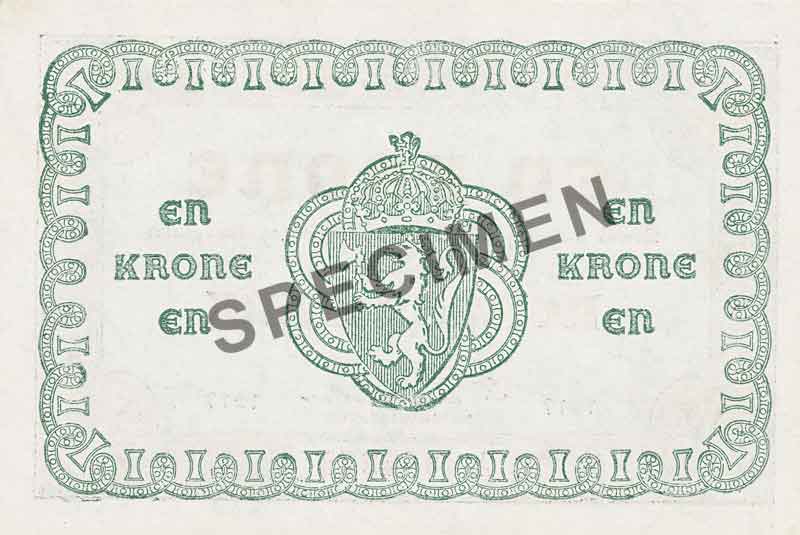 Reverse: Coat of arms of Norway surmounted by the royal crown on a St. Olav's rose. 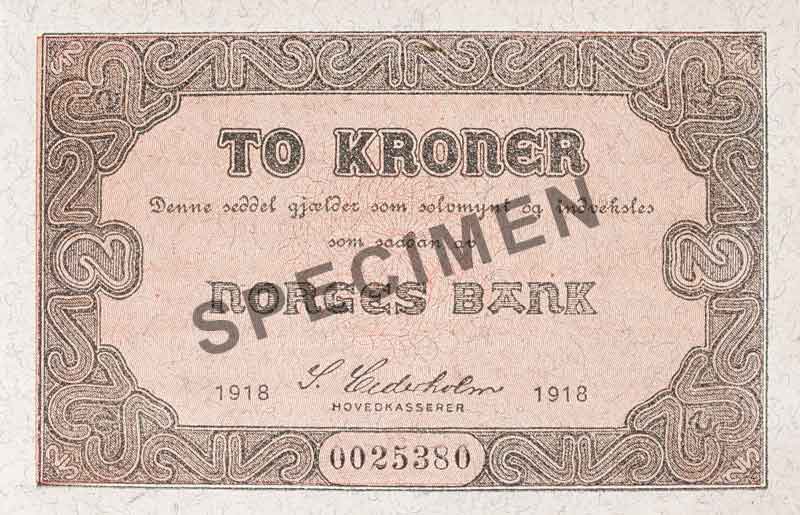 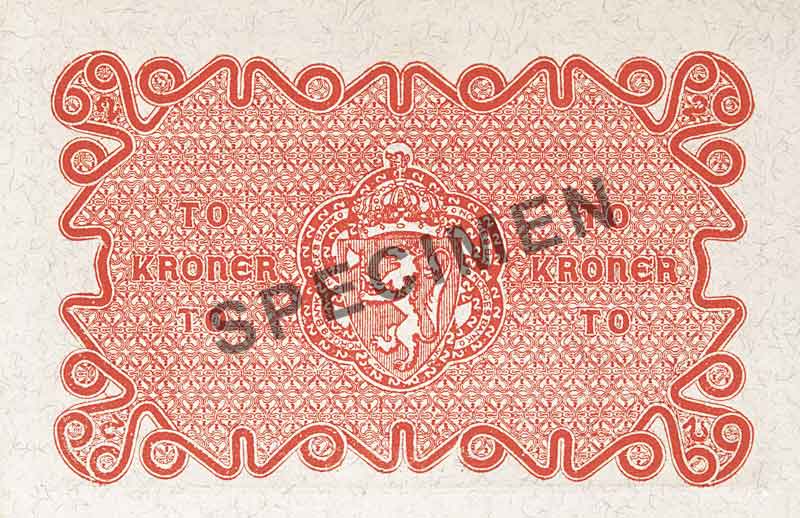 Reverse: Coat of arms of Norway surmounted by the royal crown on a St. Olav's rose.

A shortage of coins also arose quickly during the Second World War, and small denomination notes were issued already in 1940. They were valid legal tender until 1950. 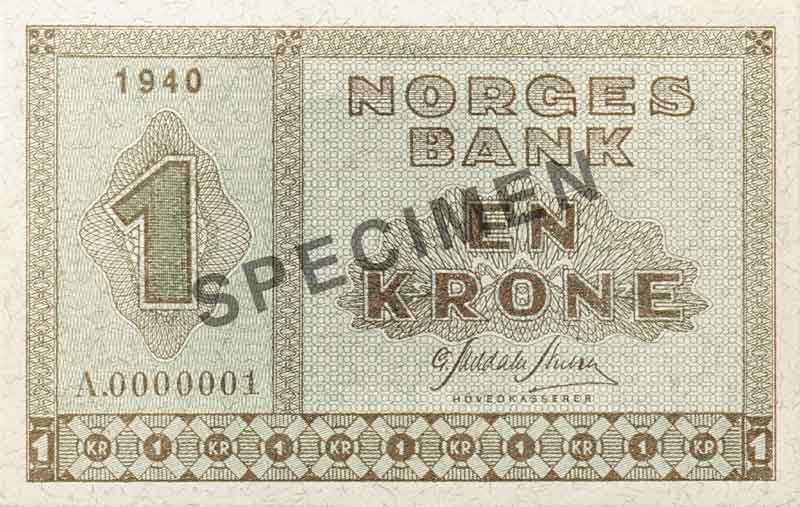 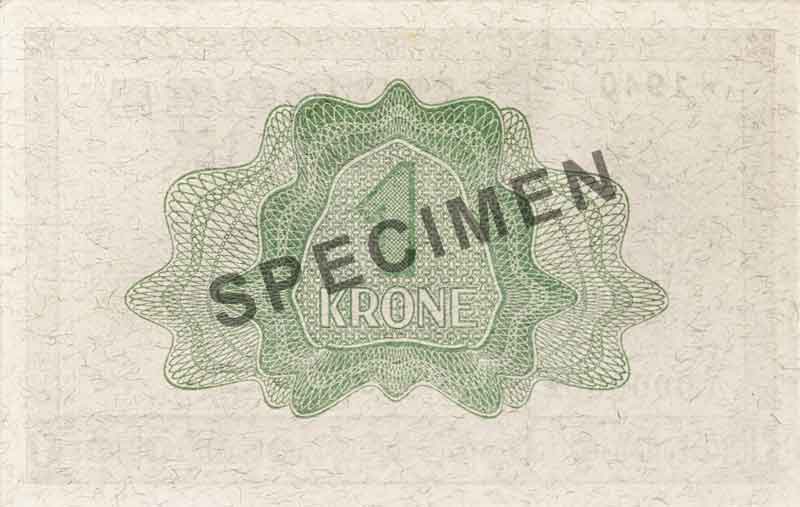 Reverse: Vignette with the numerical denomination. 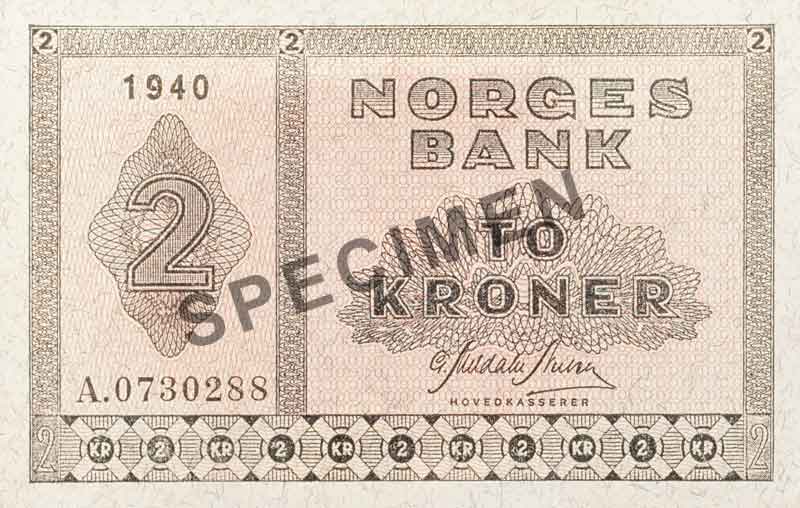 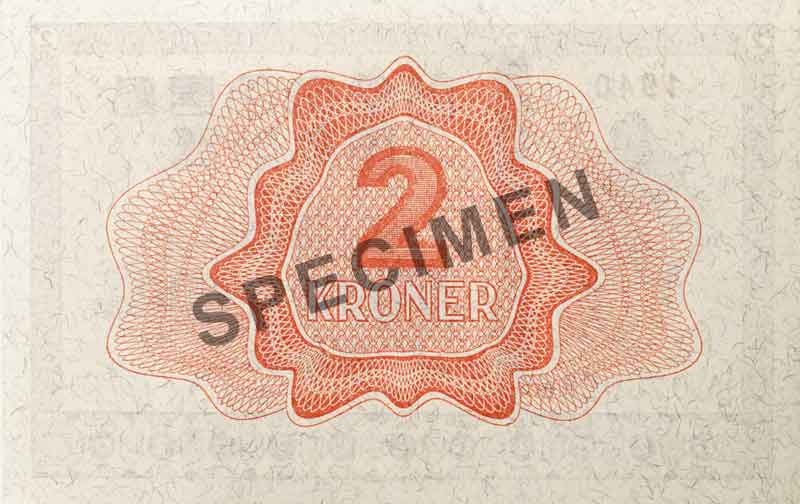 Reverse: Vignette with the numerical denomination.

During the Second World War, two Norwegian banknote series were printed in London.

Planning for the one series already began in 1941. The entire range of denominations from 1000-krone to 1-krone were produced, and the idea was to use them as replacement notes for the existing mass of banknotes after the end of the war. They never entered into circulation.

The other series was the so-called "war notes", encompassing the denominations from 100-krone to 5-krone. These notes were stamped KRIGSSEDDEL (war note), and the idea was to use them during a possible military reconquest of Norway. After the Germans capitulated, Allied soldiers were sent to Norway supplied with these notes. Some of them, perhaps around NOK 2 million, entered into circulation before notes could be sent to the UK from liberated Norway.