Three major changes were introduced with this series: The 10-krone note was discontinued and replaced by a coin in 1983, Camilla Collett was depicted on the 100-krone note from 1977 and was the first woman to appear on a Norwegian banknote and the 50-krone note issued in 1985 featured text in Nynorsk with the name of the Bank rendered as NOREGS BANK.

For this series, examples of Norwegian arts and handicrafts from earlier periods were chosen as motifs for the reverse.

The notes were designed by Norges Bank's graphics department based on an idea of Leif F. Anisdahl.

Reverse: Detail from the doorway of the Hylestad stave church. 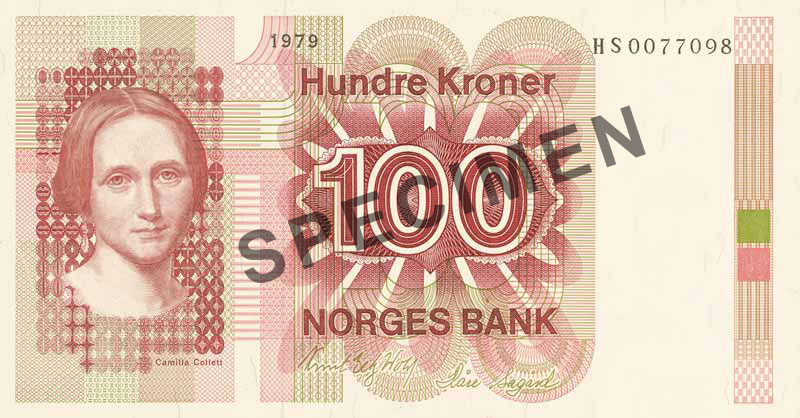 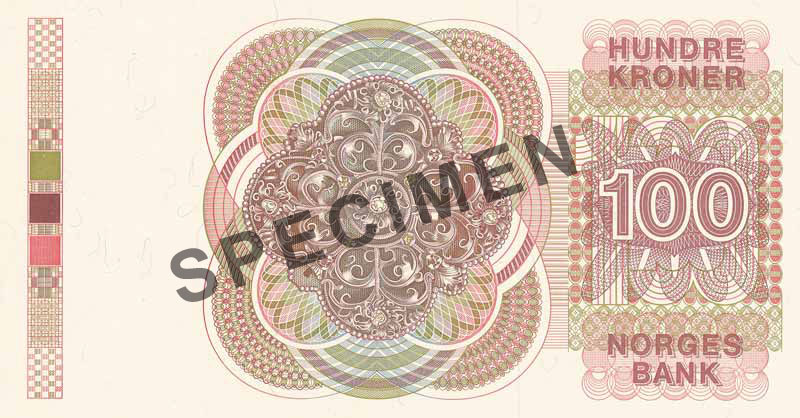 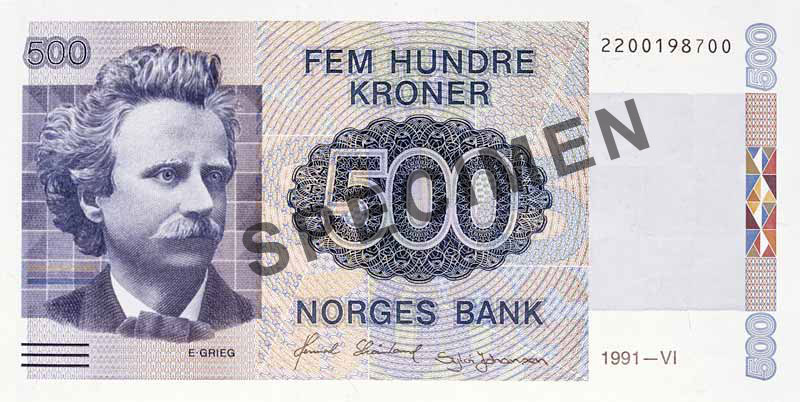 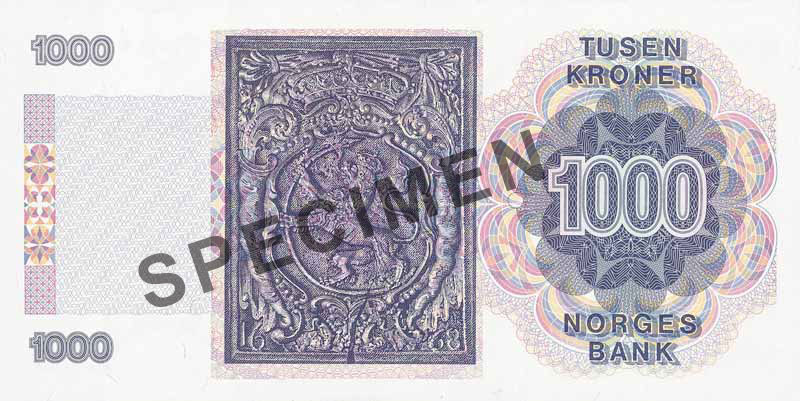