Norges Bank is one of the founding partners of Norway's Women in Finance Charter, whose purpose is to increase the proportion of women in leadership positions in the finance industry.

This is a Norwegian initiative, inspired by the UK initiative of the same name launched by HM Treasury in 2016. 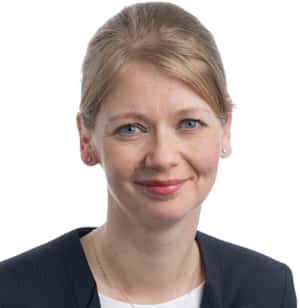 "Norges Bank aims to recruit more women to executive positions, and we believe that the Women in Finance Charter can play a crucial role in reaching this objective", says Deputy Governor Ida Wolden Bache.

By signing the Women in Finance Charter, Norges Bank commits itself to four principles that further the aim of increasing the proportion of women in executive positions.

2. Have one person at an executive level with dedicated responsibility for following up gender balance
Deputy Governor Ida Wolden Bache will be responsible for following up the work for central banking operations and Norges Bank Administration. In Norges Bank Investment Management (NBIM), this responsibility lies with the CEO of NBIM, Nicolai Tangen. All managers are responsible for ensuring gender balance in their own teams.

4. Link executive remuneration to the achievement of gender balance targets
This will be a criterion for executive performance assessments at Norges Bank.