Sesquicentenary coin in 2018 to feature the motif "Map and compass"

In 2018, Norges Bank will issue a special edition 20-krone circulation coin to mark the 150th anniversary of the Norwegian Trekking Association (DNT). The artist Martine Linge won the competition to design the anniversary motif.

Norges Bank invited five artists to participate in a competition to design the anniversary motif on the reverse of the coin. Martine Linge won the competition with the motif "Map and Compass".

The motif depicts a compass in use. The compass's bezel ring surrounds a segment of a hiking map with a lake, river, trails and the symbol for a self-service cabin. The coin motif illustrates both the opportunities and tools for active participation in outdoor activities and thus symbolises DNT's work to promote enjoyment of the outdoors.

The motif may be slightly altered before coin production begins. The obverse will bear a portrait of the King in line with earlier issues.

The main commemoration of the anniversary will be held by DNT in January 2018. Norges Bank is collaborating with DNT in connection with the coin issue. 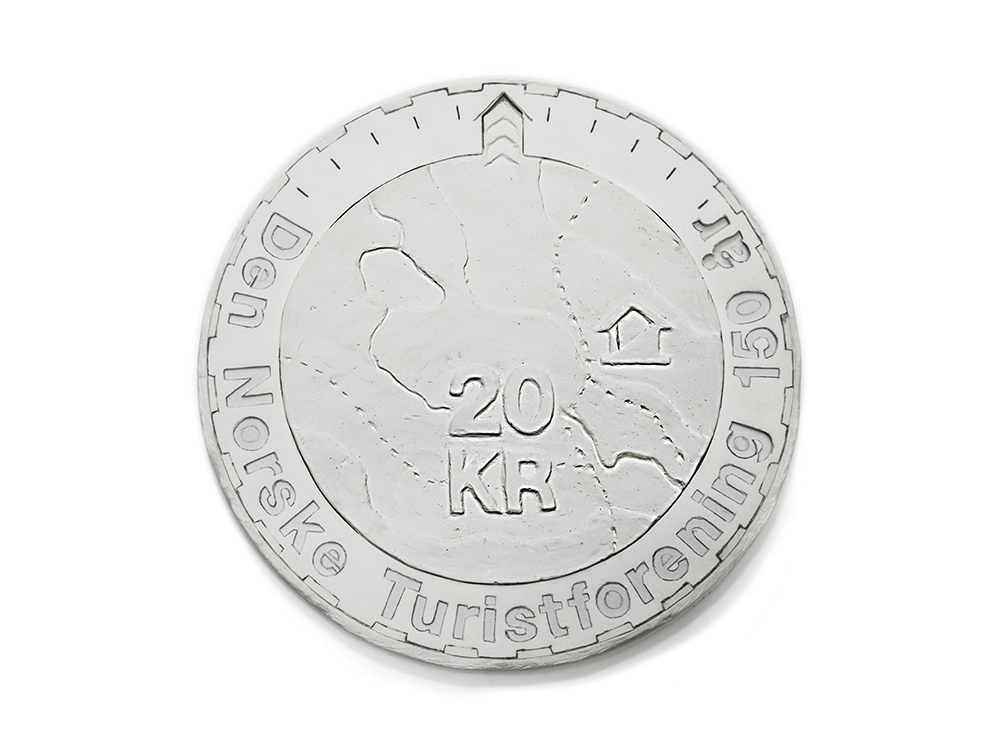