Kjersti M. Austdal won the competition to design the reverse side of Norges Bank's bicentenary coin with the motif "Norgespulsen". The coin will be issued to commemorate the central bank's bicentenary in 2016.

The bicentenary coin will be a 20-krone special edition circulation coin. As has been the case with previous issues, the obverse will be a portrait of the King.

All motif proposals from the competition will be shown at an exhibition at the Museum of Contemporary Art in June 2016. 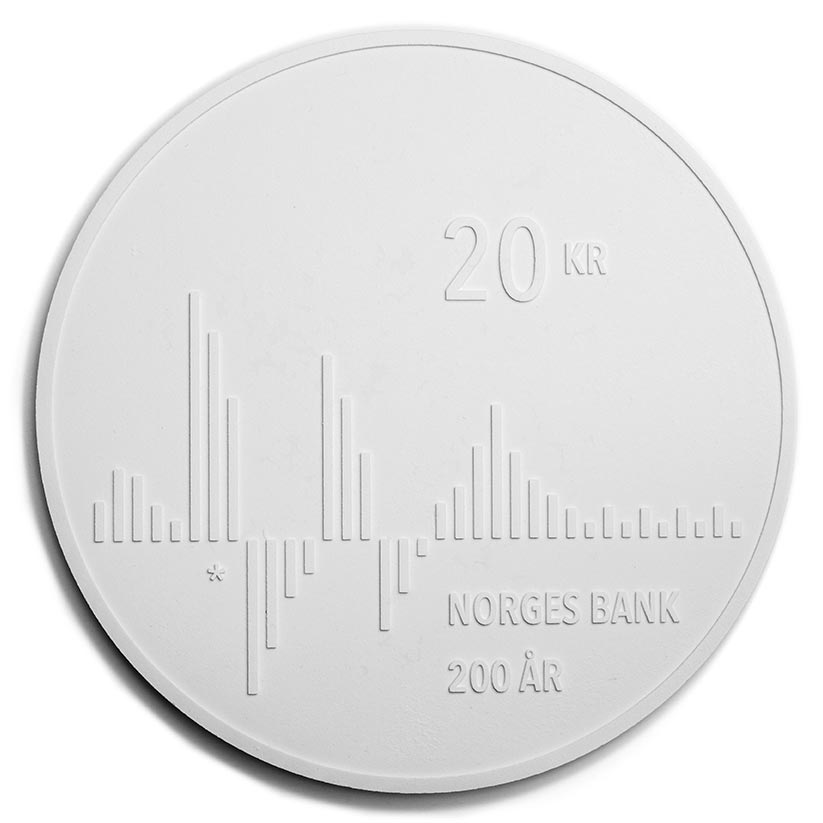