The Interwar Period as the Crucible of Central Banking 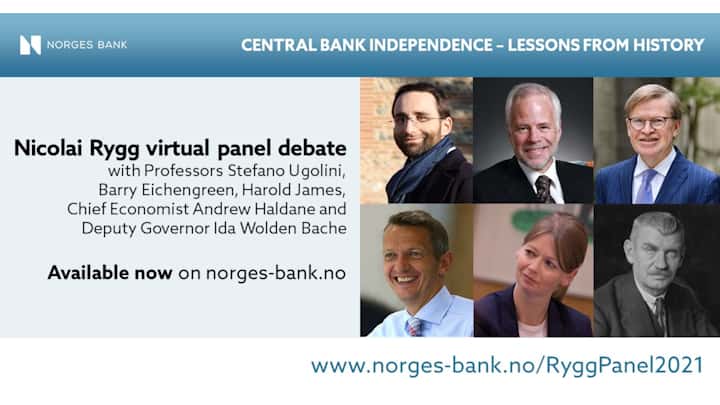 The 1920s and 1930s were a pivotal period in the emergence of modern central banking.  (You would expect me to say that, my having been specialized in researching this era.)

Before World War I, central banking was a rules-based affair.  Central bankers followed five rules.  First was the golden rule: they were expected to maintain the convertibility of the currency into gold at a fixed price.  This was compatible with a second monetary policy rule: the real bills rule or doctrine.  This dictated providing just as much credit as was required by the legitimate needs of business, but no more.

Even when a country was on the gold standard and even when they financed only legitimate business transactions, central bankers still retained some ability on the margin to adjust money and credit conditions.  When doing so, they were expected to follow the so-called “rules of the game.”  These dictated tightening in response to gold outflows and loosening in response to the obverse.  Moreover, in extremis gold convertibility could be suspended and the real bills doctrine could be abandoned, allowing the central bank to act as a lender of last resort.  When doing so, however, it was expected to follow Bagehot’s rule: lend freely against good collateral at a penalty rate.

Fifth and finally, there was the resumption rule.  Once the crisis prompting the suspension had passed, central banks were expected to restore gold convertibility at the earlier parity.

World War I and its aftermath shattered this rules-based order.  The gold standard was suspended during the war.  When restored subsequently, it lacked the credibility enjoyed previously.  With extension of the electoral franchise and new pressures to pursue objectives other than gold convertibility, it became harder for central banks to adhere to the rules of the game.  The resumption rule was followed incompletely in the 1920s – some countries restored gold convertibility at devalued rates – and not at all in the 1930s, when the gold standard was abandoned again.  The real bills doctrine was challenged by new approaches to the conduct of monetary policy, notably the price-level targeting by Keynes in his 1923 Tract on Monetary Reform.  Earlier monetary practice was further qualified by “fiscal dominance,” central banks having made extensive wartime advances to governments and now being under pressure to help with the resulting debt burden.  And Bagehot’s rule was problematic in an environment where systemically significant financial institutions lacked good collateral, as was the case starting in 1929, and no alternative to last resort lending existed for stabilizing the financial system.

Once the gold standard was history, as became the case starting in 1931, it was necessary to identify an alternative anchor for monetary policy.  The 1930s saw three: exchange rate targeting, interest rate targeting, and price level targeting.  That members of the Sterling Area targeted or shadowed the pound sterling is well known; that’s why it was called the Sterling Area, after all.  But the practice was even more prevalent, as the Oxford DPhil Scott Urban has shown.  The Bank of England, for its part, was an example of an interest rate targeter.  It lowered its policy interest rate to 2 per cent in early 1932 and kept it there for the duration of the decade, bringing a range of market interest rates down to similar levels, thereby encouraging reflation.  The Swedish Riksbank was an example of a price-level targeter, stabilizing the price level having been advocated by the economists Bertil Ohlin and Erik Lindahl.  Some have argued that the United States starting in 1933 can be portrayed in a similar light, Franklin Delano Roosevelt’s program of gold buying policy being designed to push U.S. prices back up to 1929 levels.

In addition to introducing new orientations for monetary policy, the 1920s and 1930s saw a diversification of central bank goals and objectives, again reflecting extensions of the electoral franchise and political pressures more generally.  Central banks came under pressure to address unemployment and growth problems.  They embraced what today we would call “macroprudential concerns” – recall how the Federal Reserve leaned against rising equity prices in 1928-9.  They sought to help with debt management, a famous case being the legal – and illegal – advances by the Bank of France to the French government in the 1920s.  Central banks were even involved in industrial policy.  The Bank of England was enlisted in efforts to “rationalize” British industry, presumably reflecting its proximity to City, whose finance was needed for industrial reorganization.

Normally, one would think that with new responsibilities comes new transparency.  Being transparent about their objectives and policies allows central banks to be held accountable for their actions.  From a modern perspective, the lack of policy transparency in this period is striking.  In the episode mentioned earlier, the Bank of France got away with providing illegal advances to the government by falsifying its balance sheet.  Montagu Norman, long-time governor of the Bank of England, was known for his motto “Never explain, never excuse.”

Finally, the record of last-resort lending was fraught.  The concept was not new: Sir Francis Baring had written about it in the 18th century, as had Walter Bagehot in the 19th.   The Swedish Riksbank had intervened as lender of last resort in the crisis of 1857, the Bank of England in the crisis of 1866.  But the Riksbank and Bank of England were the two oldest and most experienced central banks in the world.  Newcomers, such as the Federal Reserve, were slower to acknowledge these responsibilities.  In addition to lack of experience (America’s most experienced central banker, Benjamin Strong, died in 1928), the Fed lacked powers.  It was permitted to loan only to member banks against only certain types of collateral.  As a result, between 1930 and 1932, a dollar at a nonmember bank was more than five times as likely to be rendered illiquid by suspension or closure compared to a dollar at a member bank.

In 1932, in response, Congress added Section 13(3) to the Federal Reserve Act.  Section 13(3) permitted the Fed to discount “for any participant or facility with broad based eligibility” essentially anything that moves (“notes, drafts and bills…) “under unusual and exigent circumstances.”  This provision will be familiar to students of the 2008-9 financial crisis, when these powers were prominently invoked.  We have this interwar experience to thank for their existence.

For these reasons, then, we can think of the interwar period as the crucible of modern central banking.  It saw a move away from the more rules-based approach of the pre-World War I era.  It saw a search for new anchors for monetary policy, many of them strikingly modern.  It saw the diversification of central bank policy goals and objectives, not unlike calls today for central banks to embrace nontraditional objectives such as climate change abatement, inequality and distribution.  The period saw efforts to enhance the capacity of central banks to act as lenders of last resort.

Thus, already in this period, central banks took on the wider range of approaches and responsibilities that we associate with central banking today.  They did so, however, without also adopting the transparency practices of modern central banks.  This is one way of understanding the tension around central banking in the interwar years.